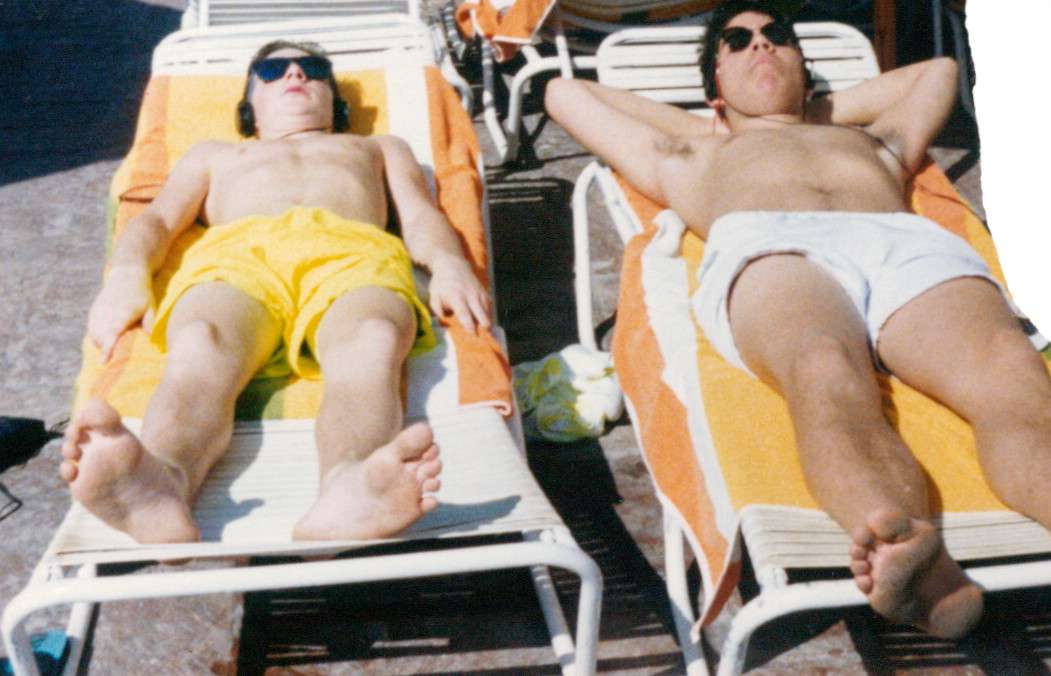 Read, or enjoy the audio version:

Almost Did; Grateful That I Didn’t.

Thanksgiving: A Reason to Voice Thanks 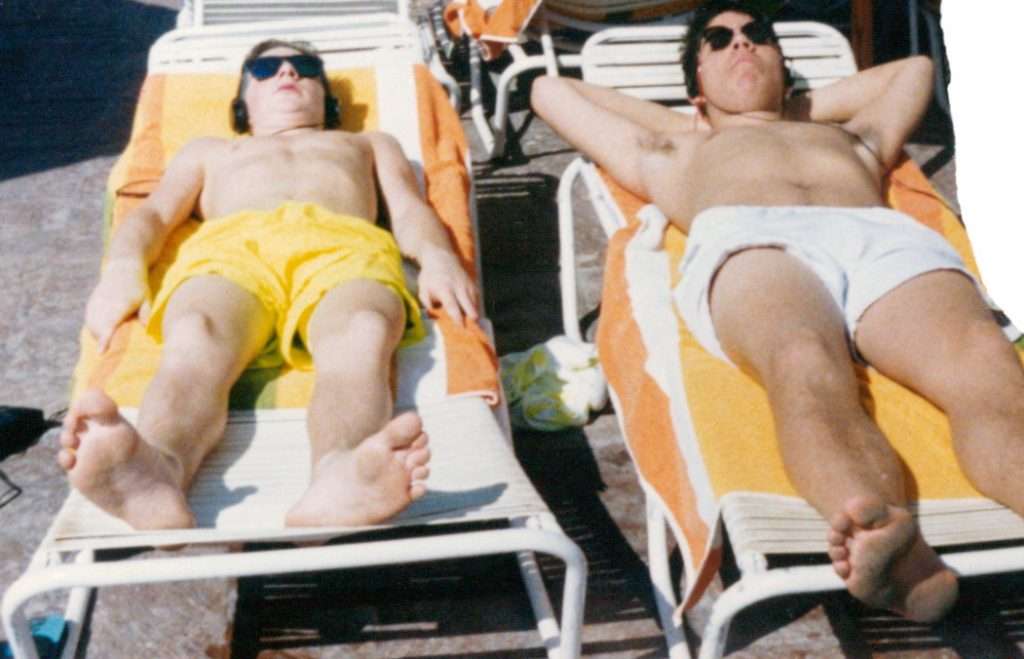 It was the spring of my senior year in high school, 1991.  I was 17. My parents were divorcing, and it was a difficult time.  Not that High School is a difficult enough time already; sure, let us add parents divorcing to the mix.

At some point I happened to mention to my High School friend Jon that my parents owned a timeshare at Pueblo Bonito in Mazatlán.  Jon’s parents overheard this, and thus began a dialogue of getting away and using my parents’ timeshare for free in exchange for Jon’s parents covering all my groceries while there.  We planned on it, and settled on spring break. 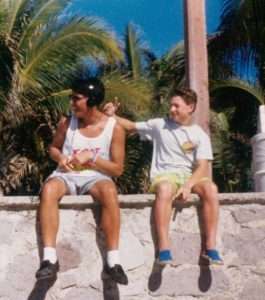 So there I was: 17, making a run for the border with my buddy and his parents down to Mexico to spend a week and get away from it all.  Sun, surf, and spirits.  Being that the drinking age is 1, I had all the strawberry daiquiris a young illegal drinker could hope for.  Pina coladas…daiquiris…margaritas.  I was in Inebriated Heaven.  I am not a drinker by nature, except for water, as I have heard it is essential for survival.  Oh! And soda, because it is essential for survival.  Put those together, shake them up, throw in a little Mexican flair, and this 17-year-old was high on life with Mexican spirits.  I do not recall even having parents during this time.  I do not recall anything during this time.

Except for one thing.

Scaring crabs into the water with Jon. 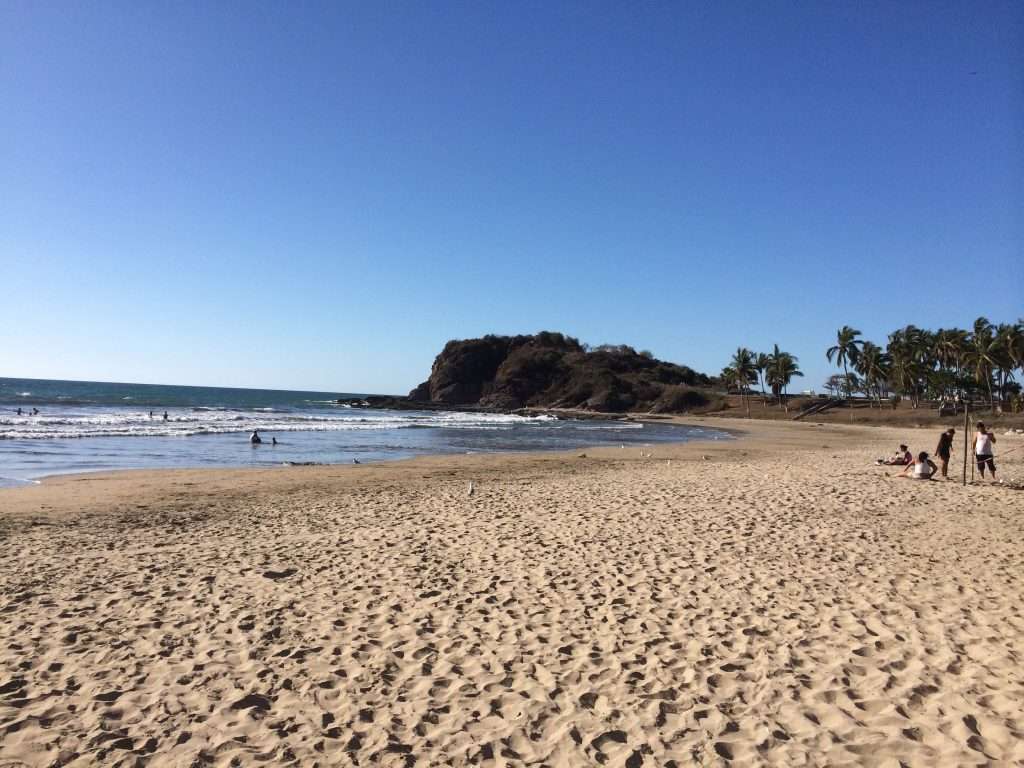 Along the rocks off Sinaloa, there is a small outcropping that bends westward out over the water, providing a great view of a remote island, Isla de Pajaros, about 3000 feet away.  On the other side was Hotel El Cid Marina Beach: unbeknownst to me, just on the flip side of the hill, literally right over the rock wall, where my wife and I would vacation in 2014.  I had no idea it was so close: just a stone’s throw away.  Note: You should not throw stones at Mexicans.  Additional note: You should not throw stones at anyone. 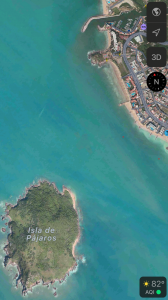 Along these rocks, Jon and I would scare small crabs out towards the precipice, at which point they would fall, or, much more humorously to adolescents, launch out into the water out of pure fear of us.  We were laughing our heads off while making sudden lunges at them and inciting a noteworthy tiny leap out into the Pacific Ocean.

It was at that point that we noticed a tiny rock tip sticking out of the ocean to our west, about 100 feet away.  That was when we had it:

Oh For The Love of Money 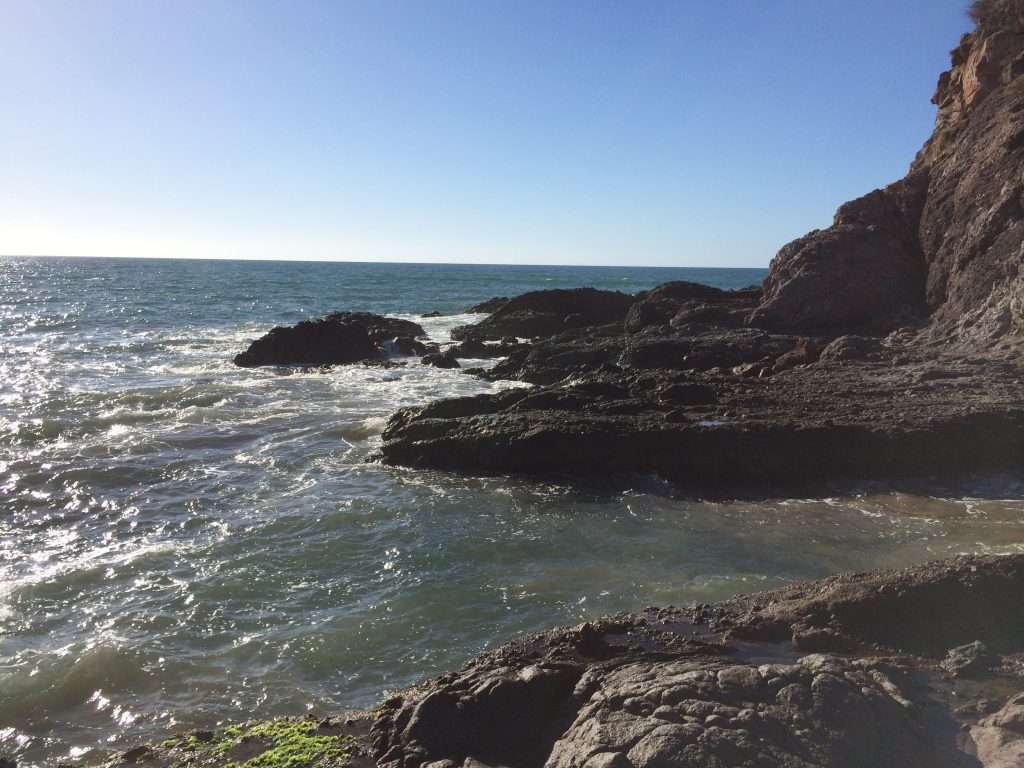 I am shaking my head now, just like I shake my head every single time I think back to this ridiculous stunt.

There on the rocky outcropping, I asked Jon how much he would bet me that I would not dive out and swim to the rock tip 100 feet away.  Jon pulled out his Mexican money and offered 2000 pesetas. 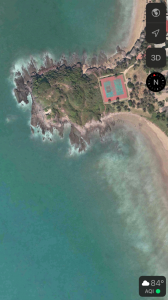 Stupidity is no respecter of 17-year-old persons.

So, at 17, yours truly left the West Coast and entered the Pacific Ocean to swim out to a tiny dot about a third of a football field away.  As I swam, no matter how I used my potent adolescent muscles – by which I mean there were none because I majored in band and not football – the waves continued to buffet me and slide me to the right and then the left.  The water was deceptively strong.  I would have to breaststroke right, and then left, and then right, correcting my course as I went.

I happened to look off to the left and noticed some diver a few dozen feet away – we had not noticed him before – and he was yelling at me and gesticulating with his hands.  I could not understand what he said, as he appeared to be yelling in Spanish, which is a language wherein I only know the words taco and mild sauce.  Had I known what "2000 pesetas" meant, I might not be swimming for my life right now.  He was running his right hand over his left forearm, whatever that meant, although the word jellyfish curiously entered my mind at this time.

I barely know Spanish, buddy.  Let's leave Sign Language out of this, yeah?

I made it to the lip of the rock, barely touching it, as my only desire was to make like the Beatles and get back to where I once belonged.  I turned around to swim back, and as I did so, I sucked in a quick, fearful breath: I had never seen land so far away before.  For whatever reason, it was as if the Mexican coastline had suddenly receded, and the length of my return swim had doubled.  There I was, with only one option: swim back.  My heart was pounding, and I just knew I was going to be thrown up into the air in the jaws of a shark who had started his fiery ascent from fifty feet below.  17-year-old-stupid is a delicacy, I hear.

After much effort, I finally made it back.  The diver was now to my right, and he was a bit closer now, as if he was intending to survey my progress.  Lord, please let sharks live divers more. There was a small bit of rock sticking up about 5 feet up from the water, then a canal of about 3 feet, and then there was the mainland rocks Jon and I had been on, about 10 feet above the water. 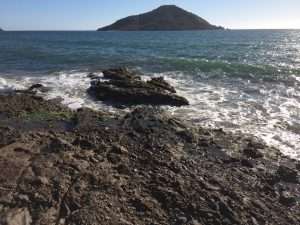 What happened next will never leave me.

I had no sooner placed my right foot up on the lower rock to climb up, and my left arm up on the higher rocks to pull myself up, than a wave came in and threw me backwards into the rocky canal.  I was literally upside down, end-over-end, with my arms feebly clawing for a grip.  I was mercilessly scraped against both sides of the small canal I was in.  How I didn’t get knocked out and drown is absolutely beyond me.  Drowning is, beyond any other manner, the way I fear dying most.  This is why I bathe not.

Before I knew it, the counter wave came in from the other side of the canal, flipping me over again, and throwing me once more back into the open water, scraping me up all over again.  I was now back about twenty feet from the big rock.  Bleeding.  You know, blood in the water.

Six and a half dollars.

Miraculously, a local came running up with a life ring, and threw it out to me on a rope.  He and Jon pulled me up - how I do not know - straight up the rock, avoiding the canal.  For extra fun, I stepped on a sea urchin on my way up, planting my right foot firmly against 30 spines which embedded at least a half-inch into my foot.  I did not even register this until I was back up on the rocks.  I laid down.  Bleeding, but safe.  Finally safe.  Uneaten.  Poked through by sea urchins, scratched up beyond belief, coughing up seawater, bleeding…but safe.

Six and a half dollars.

17-year-olds should not be allowed to bet.

Grateful to Be Alive 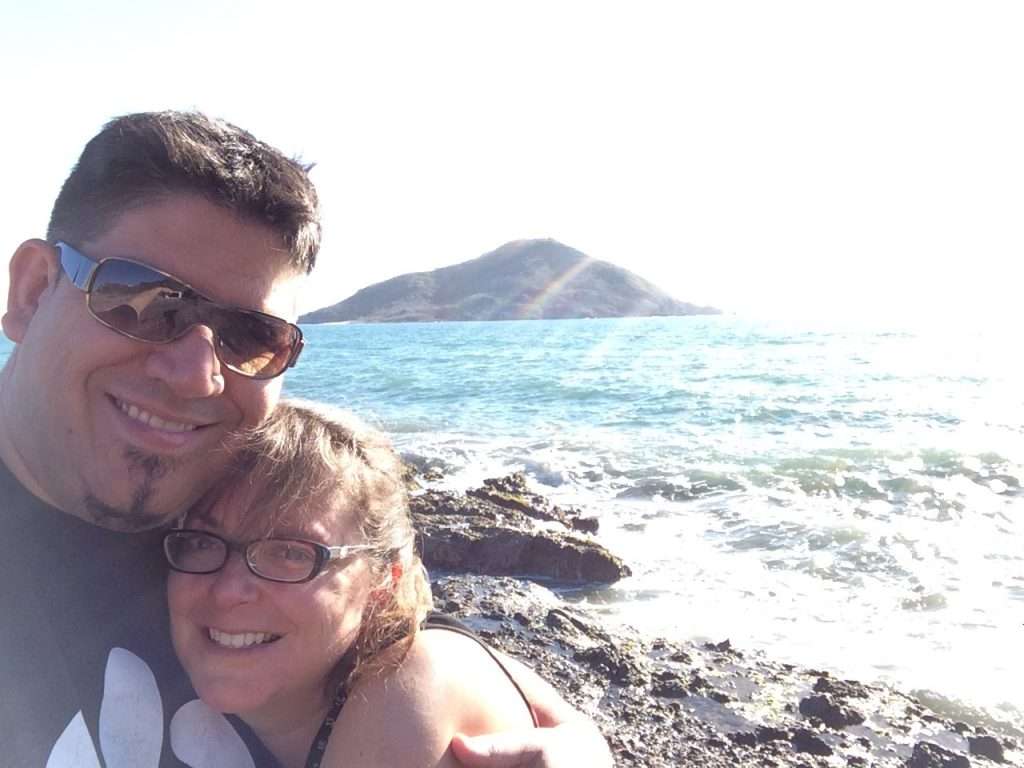 Last week was Thanksgiving, and that means we Americans are required to reflect on how grateful we are.  For me, that is not a requirement; it comes naturally.  At 48 years old, I have now lived about doubly as long as I would have had I died that day.  I was 17.  31 years later, I am 48.  There will be a math quiz later.

I had to go the hospital and have each and every spine pulled out.  If you have not had sea urchin spines extracted from your feet, I recommend it.  Best time ever.  The nurse kept asking me “anestesia?” in Spanish – but I confess I could not hear or understand her thick accent through my tears and howling, and I am afraid it never dawned on me that she was asking me if I wanted anesthesia.  I just kept telling her no.  When an English-speaking physician finally came in the room and asked me, incredulously, “You really don’t want anesthesia???” I remember turning to the nurse with eyes wide open and screaming “SI!!  POR FAVOR!!! SI!!!!”

I will never forget the ordeal.  I even submitted this story for the Drama In Real Life section of Reader's Digest.  They did not reply.  No one cares about 17-year-olds.

48 years is a long time.  But to think my life could have ended at 17 with one bad hit on a rock underwater…to think that I would have missed my life, my wife, my sons, our home, my family, voiceovers, success, and the pathetic 2021 Seahawks season …wow.

I am a very grateful person by nature, and I intentionally look for things to resound gratitude for to my Lord and Savior Jesus.  My wife and I have a “Gratitude Board” up on our fridge to recall something that we’re grateful for daily.  Sometimes, when we cannot think of anything else, or we have already listed nearly everything, we will simply write “air”.  Or “all four limbs.”  Or “being alive.”

If you have all four limbs, you already have a lot to be grateful for.  Consider Nick Vujicic of Life Without Limbs.  The man has no arms, no legs, and one flipper.  He is an inspirational torso.  He is a light in this crazy dark world.

I encourage you this Thanksgiving and this holiday season: be a Nick.  Be a light.

Be undyingly thankful.  For blessings.  For family.  For air.  For peace.  For freedom.  And, of course, for anesthesia.

Be grateful you are even alive.  I bet you six and a half dollars you will forget to do so in a week.

18 thoughts on “The Day I Almost Died”