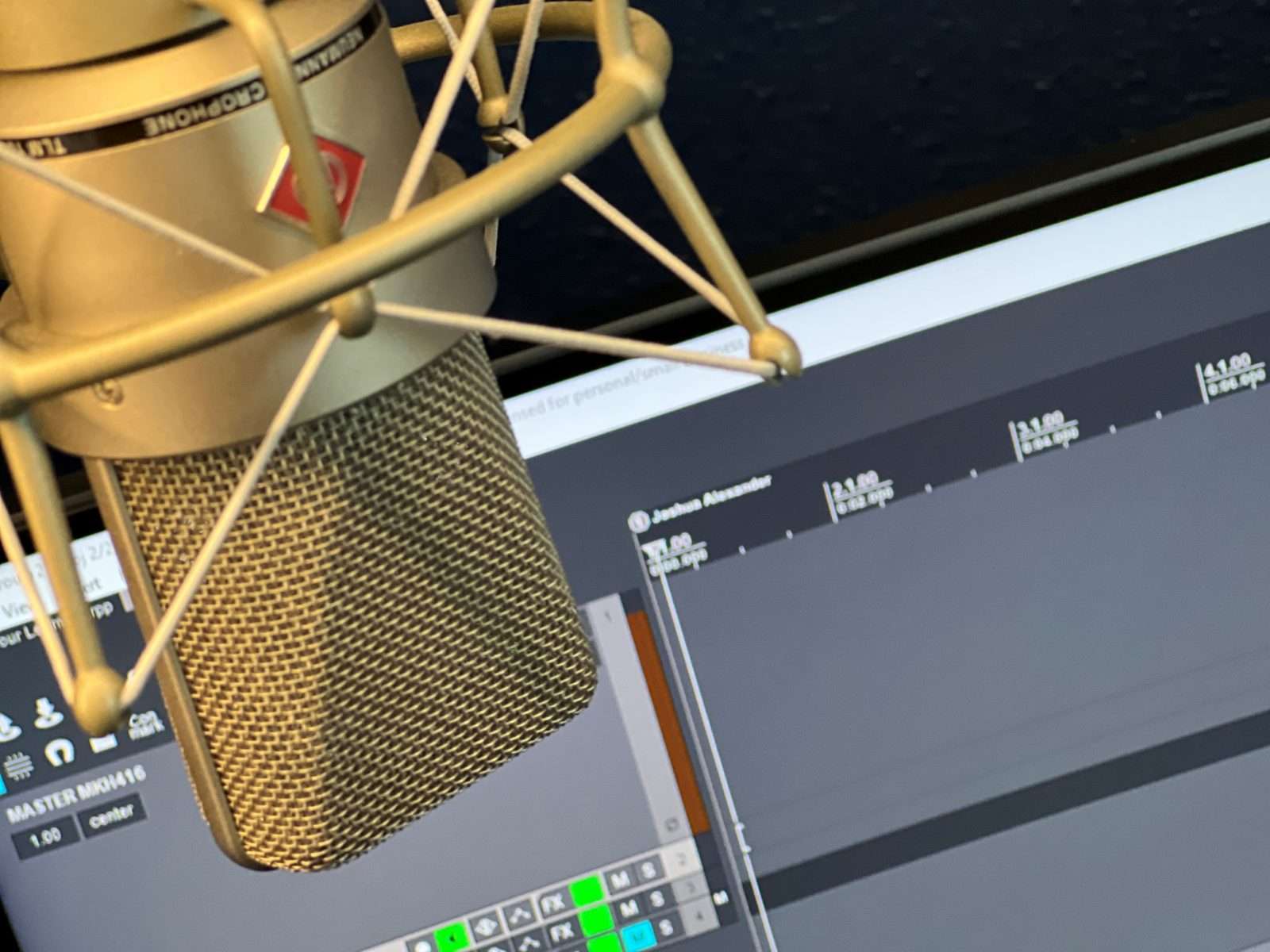 Read, or enjoy the audio version:

"Houston, We Are Go For Launch." 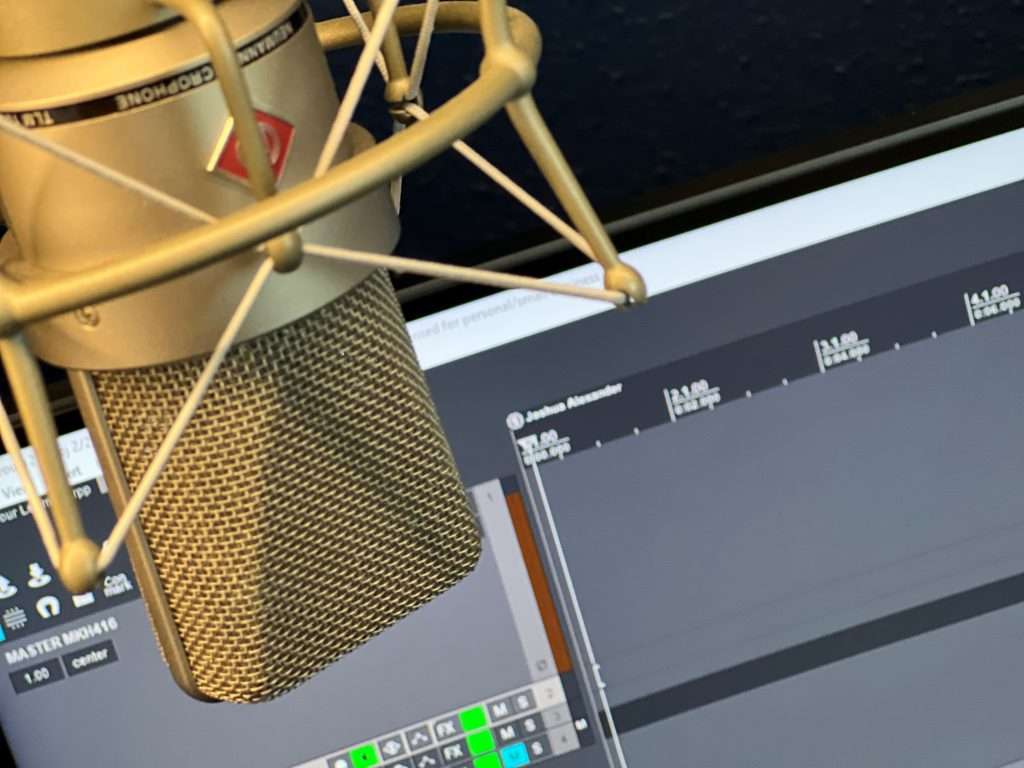 When I was a little boy, on Saturdays, I would accompany my dad to the local dump.  There was no rolling of eyes or exasperated, loud sighs.  No. There was pure glee, and I am about to rock your world with the exciting tale.

I looked forward to these delightfully unsanitary trips, because it meant that:

Yes, I combed through junk.  I would have to scour through banana peels and other unsightly castaways, but it meant something to me, just like when you bite into one of those Buster Bars from Dairy Queen and you realize life is so very good.  A dump is a great place to find free leftover Buster Bars.  #ifonlymorepeopleknew

This is before the days of recycling, where things that needed to be kept from each other were segregated, like:

I laughed in the face of tetanus (as did my dad, who was always elsewhere unloading our refuse) as I flitted to and fro, snickering gleefully, quite similar to how an 8-year-old boy would.  Also, I was 8 years old at this time.  Also, I was a boy.

O such treasures to be found!  Needles!  Rusty knives!  Rotting moldy food sitting in buckets of unwanted paint!  But you know what they say: one man’s trash is another man's treasure.  One man's refuse is another man's reveling. One boy's Buster Bar is another boy's Biohazardous Bowel Movement.

I am reminded of "Sarah Cynthia Sylvia Stout Would Not Take The Garbage Out” by Shel Silverstein here:

That is basically what I would find at the dump.  However, I wanted any of those things with the same fervency and passion that I desire to watch C-Span.

I knew what I wanted, and it was my sworn duty to sniff out pieces of passable old electronics.  What was I doing with all this junk, you ask?  (Admit it: you asked).  Why, assemble my closet spaceship, no less!  After all, there was no eBay.  No Craigslist.  It was the year 11 B.I., which is to say it was the year 1981 Before Internet, and alas, I was no expert reseller of abandoned crap.

But seriously now.  All of these discarded electronics were going to be the start of something glorious!  And also potentially the genesis of my very own Radio Shack franchise.

Ya Down With CCC?  Yeah You Know Me. 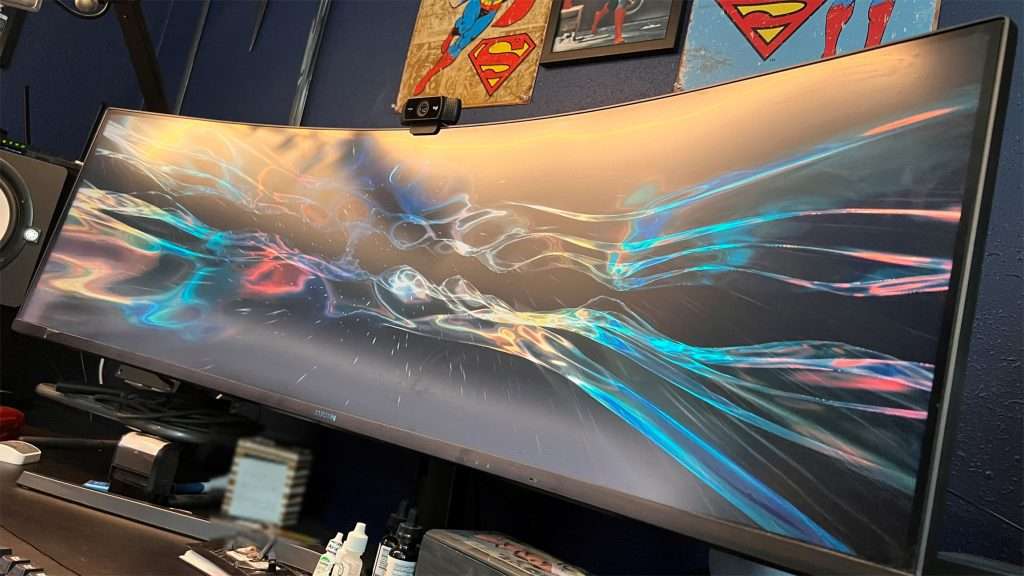 It was to be called “The CCC”, or “Closet Command Center.”  Every salvaged piece of formerly beeping, whirring and clicking bits of electronic gadgetry were thoroughly cleaned.  By thoroughly cleaned, I mean I blew on them.  Then they were neatly stacked on the shelf in my closet.  By neatly stacked I mean that they were loosely perched on other things and lackadaisically secured with Scotch tape.  This is where you cut me some slack.  8-year-olds do not usually have foundational engineering degrees.

When all was said and done, This Little Dreamer would stand back and suit up, which meant that I had on my Transformers underwear and my Godzilla mask.  I would then pretend that I was In Complete Command Of A Spaceship Cockpit Console.  I would press buttons and turn dials and shift levers and slide knobs and emit creative noises to simulate, in technical terms, cool spaceship beeps n’ stuff.  I was in complete control of the navigation and flow of my world, unlike my toddler pouring himself a cup of juice, which usually results in our floors being sticky until Jesus returns, which will be in May of 2050 by the way.

Fast forward four decades later, and I am a withered old person full of javelin holes, so you will not find me roaming dump piles, except when I crave a free Buster Bar.  Here I am, sitting in front of my own CCC, and flying my own voiceover spaceship each day: full of dreams, and wearing a spirit of great joy and satisfaction.

And also my underwear and a Godzilla mask.

Second Star To The Right, And Straight On 'Til Morning 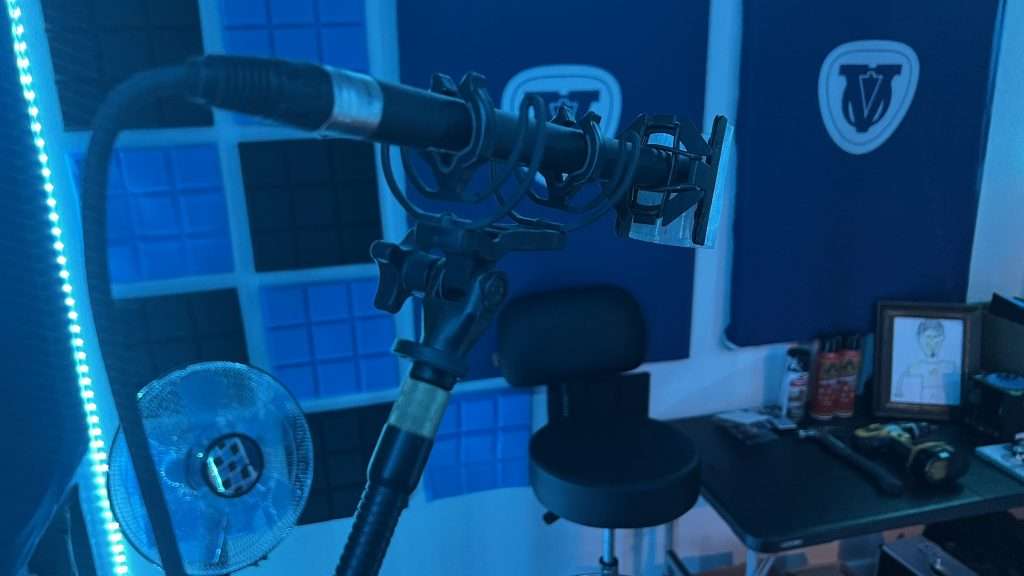 What dreams did you have when you were little?

As a voice talent, can you look back and see how you were totally meant to sit at your own command center and blast off in your day-to-day operations?

How has becoming a voiceover artist dovetailed with what you used to do, or dream you would someday do, when you were a child?

For me, I am not in the least surprised that forty years later, I am still positioned in front of a mish-mash of electronic gear each day…and at multiple stations!  Heck, my ultrawide monitor even has a "flying through the galaxy" screensaver. To quote Heart:

There is my office Control Center where I edit, market and blog: 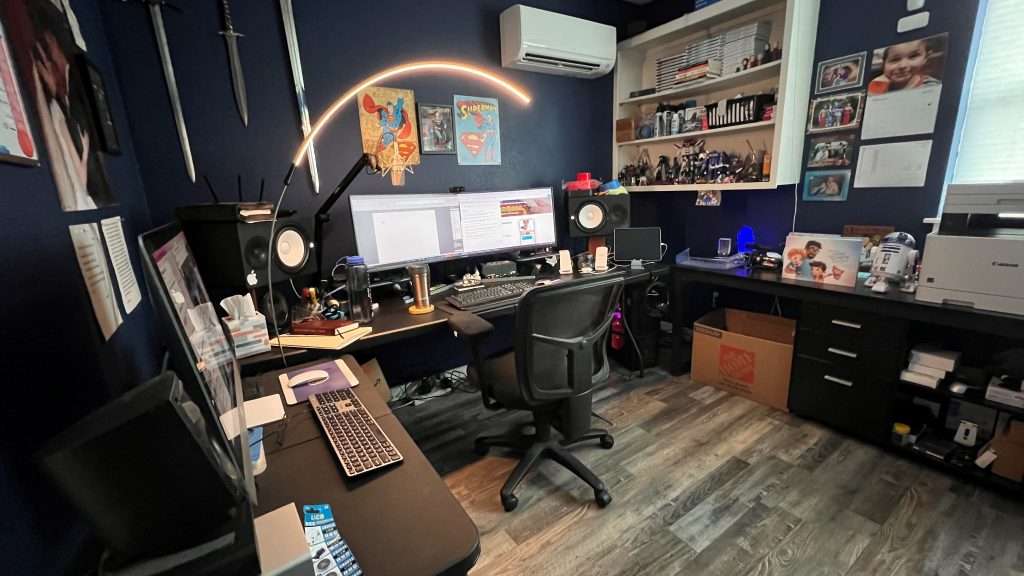 And there is my recording studio Control Center where I audition, record and perform: 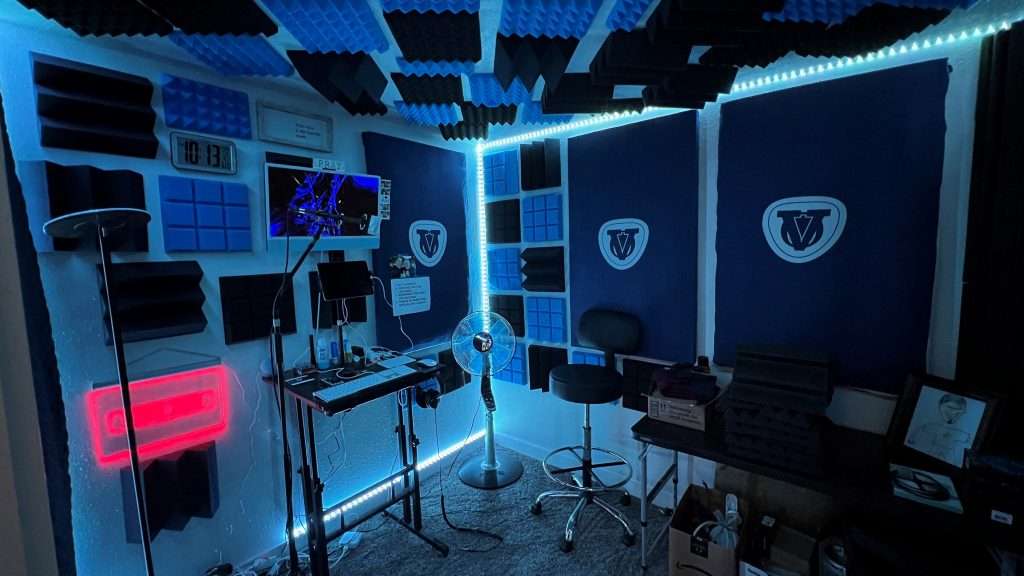 And finally, I have a Control Center I hold in the palm of my hand day in and day out: 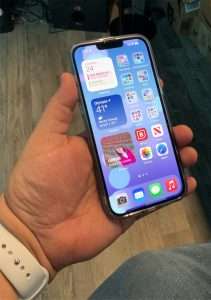 As if from some strange prophetic foreshadowing: voiceovers, editing, and running my own spaceship were all in my makeup from 8 years old...and very likely before then.  Treasure-from-trash was in my destiny from the very beginning.

If not, see you at the dump; sounds like there is still some collecting to do!

On another note, I am still 8 years old in more ways than I care to admit. 🙂 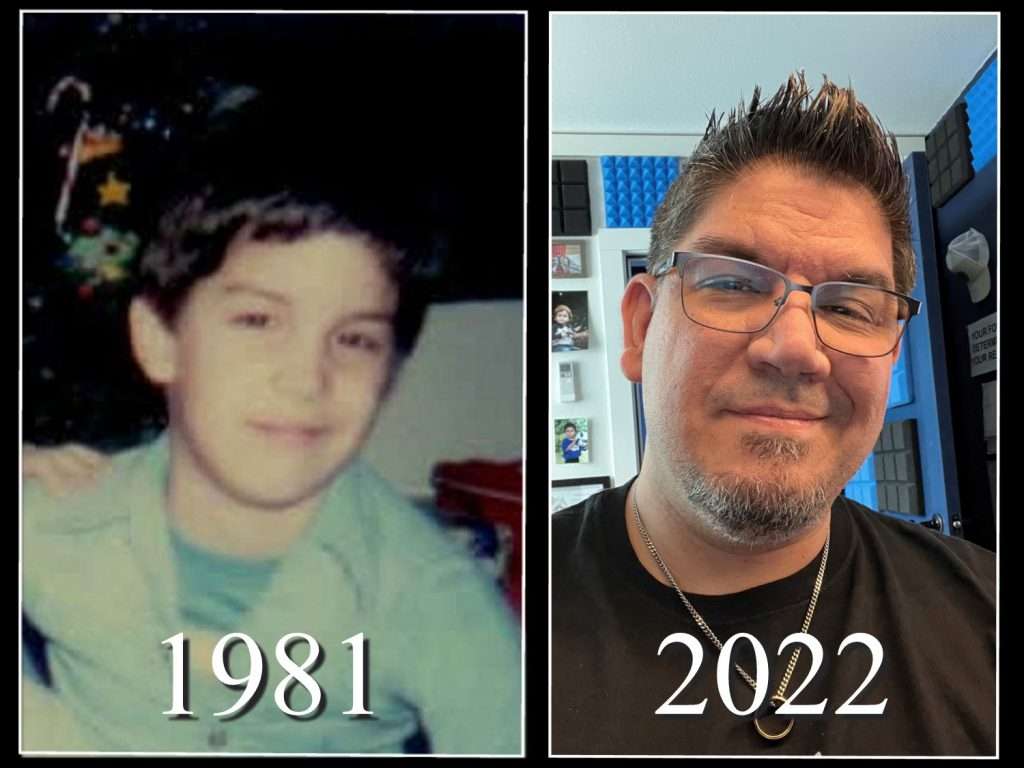 18 thoughts on “My Own Personal Voiceover Spaceship”