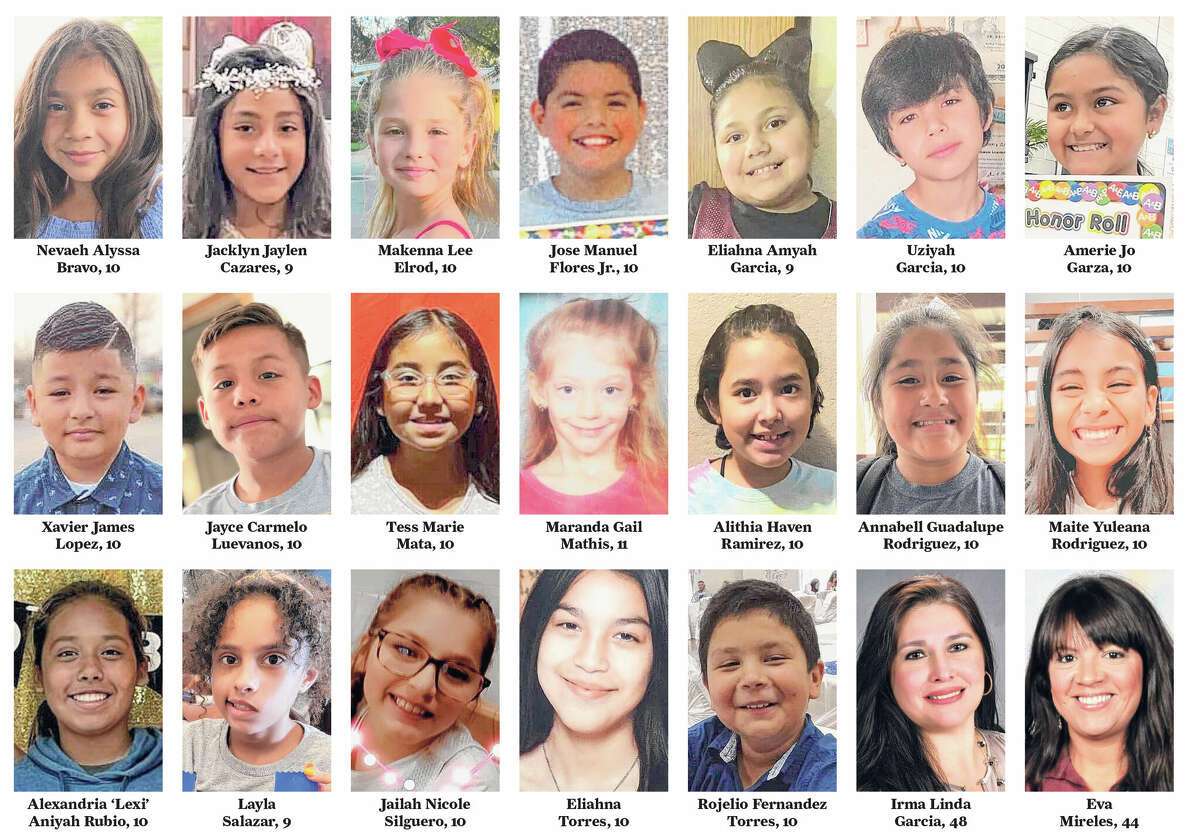 Read, or listen to the audio version... 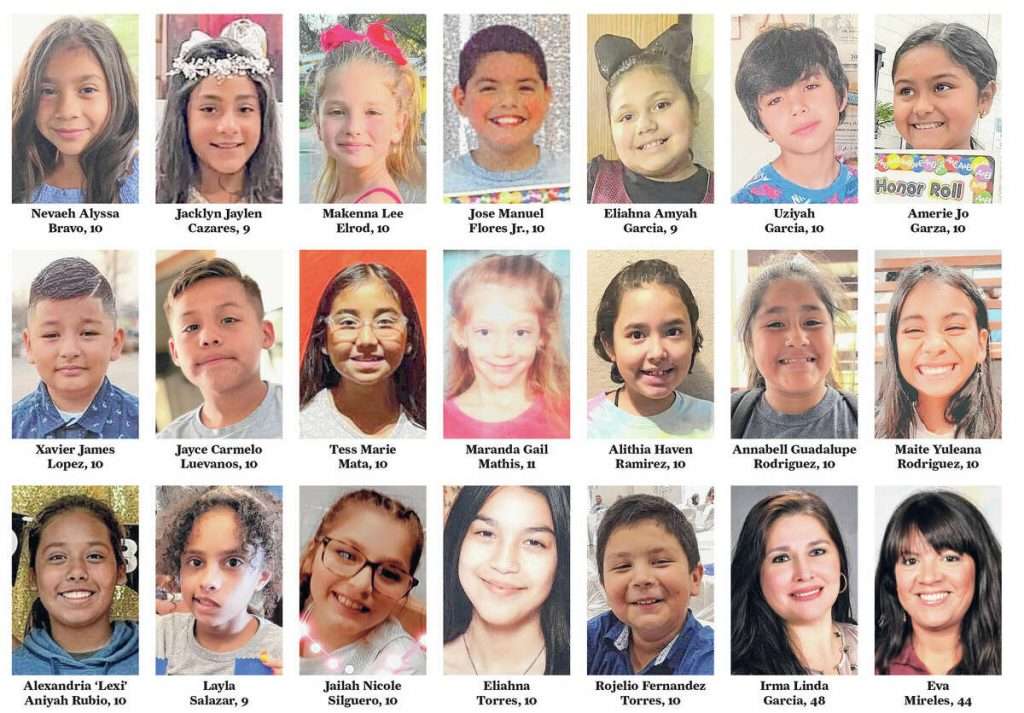 What Have We Become?

I had hoped not to have to write about this. Far be it from me to turn my blog into a political podium.  That is not my intent, and I think you'll see that is not where I ultimately went.  I was struggling anyway this past week with what fresh content to put out there in cyberspace to hopefully inspire… encourage… motivate… edutain.  But make no mistake: I am not lobbying, and I am not petitioning.

For the 212th time JUST. THIS. YEAR….(let that sink in for a moment)...we had a mass shooting on our hands.  And this is the 27th shooting that specifically happened at a school.  TWENTY. SEVENTH.

21 souls…alive that morning, dead a few hours later.  And the very next day, there were shots fired into a car near Hamilton High School, with an ensuing lockdown.  And the very NEXT day, the Richardson Police Department apprehended a juvenile student of Berkner High School, inside the school itself.  Searching his car, they found an AK-47 pistol and a replica AR-15 style Orbeez rifle.

Like many were saying this past week, it is easier to buy guns than it is to buy Sudafed.

I simply do not understand why we continue to have this inexcusable epidemic.

I want to send my son to school and see him come home.  Is that too much to ask?

Is This a Time for Joking?

I maintain a satirical blog.  But I have no funny bone in me this week, I am sorry.  I simply do not.

As a parent, I am both incensed and terrified, and am uncertain which emotion is stronger.  They are both very raw at this point.  My oldest child is only 3 grades below the victims that died in Uvalde, Texas.  Will my little kindergartner be next?  Will Olympia become the next city to join the sad fraternity of cities that have fallen prey to school shootings?  Will this never end? As Clint Smith writes in The Atlantic, “I spent last week mourning those murdered in Buffalo.  I will spend this week mourning children murdered at school.” What will we mourn next week?

I hijack my own satirical blog today because I care…deeply.  When tragedies like these unfold, as human beings, we should stop what we are doing, look up, put down our People Magazines, turn off our Xbox’s and fidget spinners, turn off the music that drowns out the noise, take the cucumbers off of our eyes, and WAKE UP.  We must WAKE UP.  New Zealand Prime Minister Jacinda Ardern said “we saw something that wasn’t right, and everyone said never again.”  Will someone please tell me why in the world the United States of America cannot say "never again"...and mean it?

When the Marjorie Taylor-Greenes of the world can heckle the David Hoggs of the world on the streets of Washington while he, a trauma victim, is there representing trauma victims, and she is there, a duly elected US Representative (shocking in its own right) who cares more about the metal she’s packing as opposed to the slain high school children, there is something freakishly wrong.

Do I own a gun?  No.  Would I like one?  Maybe, solely for the protection of my family.  But why do I need an AR-15 in order to turn the invader into mincemeat?  These assault rifles often leave their victims unrecognizable.

As my voiceover colleague Jen Vollertsen Greenfield pointed out on Facebook this week:

In the U.S. if you are 21 yrs, you can simply walk into a local Wal-Mart which is basically a home goods store and supermarket combined and buy a weapon and ammo (not at all locations). We also have hunting and fishing stores specifically selling handguns and rifles right next to the bags of caramel popcorn. TX specifically is another beast all together. "Texas has no law requiring firearms dealers to initiate background checks prior to transferring a firearm." Furthermore "... House Bill 1927, the Firearm Carry Act of 2021...make it legal for any person 21 years of age or older to carry a handgun, either openly in a holster or CONCEALED, in a manner consistent with state and federal law without first obtaining a handgun license." And this just passed in 2021!

The sheer availability of assault weapons have made schools the very gauntlet for survival.

What Do Mass Shootings Have To Do With Voiceovers?

So how does this relate to voiceovers?  It relates in many ways:

I was brought to tears this past Tuesday, as I cried for little people I did not even know.  “Not another Sandy Hook”, I said.  What monstrosity would do this?  WHY?!?!?!  We will never know the full reasons, because the coward is dead.

Until today, I never knew the existence of the word "pedicide."

Truth is, I have been gutted.  How did this become the norm?  As my colleague Trenton Bennett expressed, “I don't know what's happened to us that this has become normalized. I can't accept that none of these events had warning signs, no one expected them and each has been only some random outlier accident that enabled tools of murder to fall into the wrong hands.”

Why are we so capable of reaching an emotional drop-off where we stop caring again in a week?  Do the victims’ parents stop caring?  And what of the young survivors, each time they feel their bullet wounds in the shower?  Will they stop caring?

We have failed you, Xavier Lopez, only 10 years old. 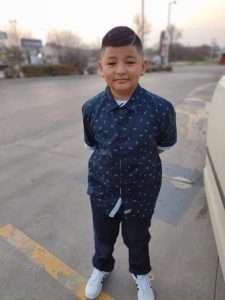 We have failed you, Annabelle Rodriguez, only 10 years old. 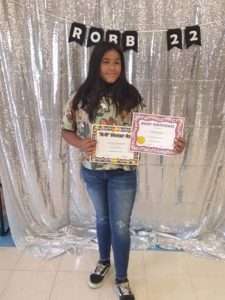 And we have failed all 19 of the rest of you, including Maite Yuleana Rodriguez, whom you should really get to know.  We also failed the 17 wounded.

Please.  PLEASE put everything down today, for a moment of silence, and FEEL this.  You know who did feel it?  Joe Garcia, husband of slain Robb Elementary Teacher Irma Garcia, who passed away two days later due to grief.  We all needed to feel it before he did.

How many more school shootings until we actually feel it and resolve never to let it happen again?  Must it be only when it is our own offspring that we finally begin to feel? Do we expect that when people are “sending thoughts and prayers”, that that means they now feel it?  As Manuel Oliver, father of Parkland 17-year-old shooting victim Joaquin Oliver, said: "The families don't need your freaking hearts. They need their kids.”

I am so sorry, ALL of you who died.  I beg you - as a father of little ones - please forgive this apathetic nation of ours that failed you.

I do not really know about any of you, but when I hear of such tragedies, my world stops.  My mic gets turned off.  My head is in my hands.  My eyes are wet.  My stomach trembles.  My soul weeps.  And I wonder:

Will my own child be next?  Because every time I put him on that bus, as a parent, I now have to wonder: Am I sending him off to school?

23 thoughts on “Lowering Our Voices In Silence & Grief”